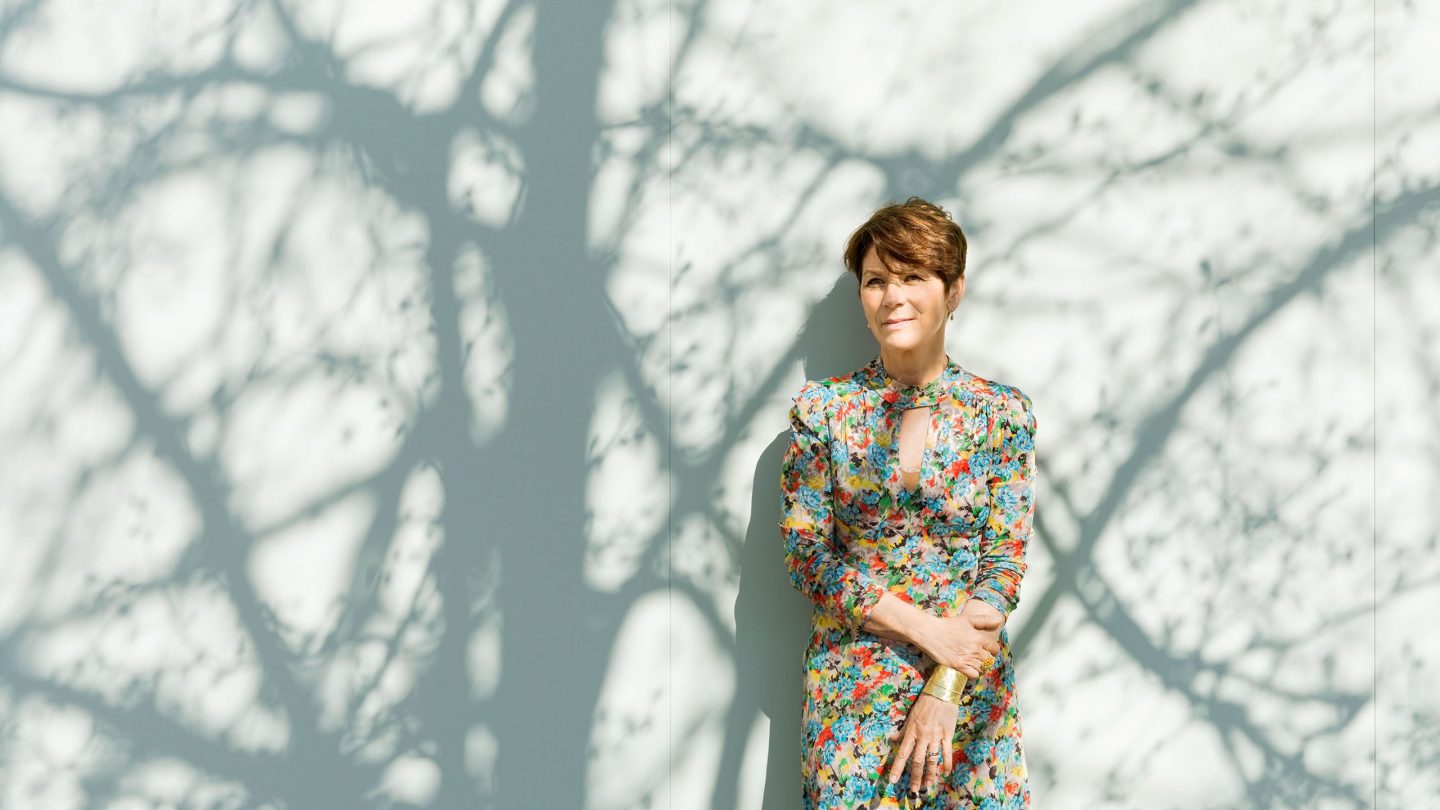 Always On My Mind

Professor Giovanna Mallucci’s latest paper almost broke the internet: her research has the potential to transform the lives of patients living with Alzheimer’s disease

All Cambridge Neuroscience’s work is, of course, worthy of attention. Yet it is probably safe to say that few pieces of research require an addendum acknowledging the sheer level of public interest they spark.

“Professor Mallucci is very thankful for your interest and support,” reads the addendum to the story detailing the paper Repurposed drugs targeting eIF2α-P-mediated translational repression prevent neurodegeneration in mice by Professor of Clinical Neurosciences, Giovanna Mallucci, and published in the journal Brain last year. “She regrets she is unable to respond personally to all the emails received during the incredible response this research has elicited. Announcements about a trial will be made in about a year, once funding and ethical approval have been secured.”

Why all the excitement? Mallucci’s team discovered that two repurposed drugs – trazodone hydrochloride, a licensed antidepressant, and dibenzoylmethane (DBM), a compound being trialled as an anti-cancer drug – have the potential to become frontline weapons in the battle against one of the world’s biggest killers: Alzheimer’s disease.

Sitting in her office in Cambridge’s newly founded UK Dementia Research Institute, surrounded by piles of books she hasn’t had time to put on the shelves, Mallucci is well aware of the pressures. “There are, obviously, desperate people with Alzheimer’s or other dementias,” she says. “I receive many, many emails and letters asking me to treat people or to include them in trials and I always try to send a response. I’m a clinician as well. I’m a dementia doctor. I see elderly people, frail sufferers, and their frail carers. They are both getting older. It’s often a very difficult and distressing and tormented end to a life.”

Mallucci’s work is underpinned by a single question. “I wanted to go back to basic mechanism and understand, in my naivety, why neurons or brains cells die, and use that understanding to try to prevent it. And that is exactly what we’ve done – and here we are, 25 years later.”

This passion for neuroscience began during her undergraduate medical training at Oxford, and coalesced into a desire to find a cure for dementia when she realised just how little was known about the condition at that time. “The gulf between what you could do for cancer, HIV or leukaemia, and what you can do with neurological disorders, particularly dementia, was staggering,” she remembers. “It was like being in a different century. And it’s still the same today, with a few exceptions, such as L-dopa to control movement in Parkinson’s.”

For her PhD, she chose to work on prion diseases, following the discovery that these conditions, including bovine spongiform encephalopathy (BSE, or ‘mad cow disease’) and Creutzfeldt Jakob disease (CJD), have a relatively simple cause: prions, a protein that can trigger normal proteins in the brain to fold abnormally. “I decided that if I was going to understand how brain cells died in neurodegenerative disorders such as Alzheimer’s and Parkinson’s, I had to look at the least complicated system with the least amount of variables,” she says.

It was known that the prion protein could be found in either a normally shaped (folded) form or an abnormal ‘mis-folded’ form. The abnormal misfolded form was associated with disease – but treatments aimed at it had no effect. Why not, she reasoned, target the normal form?

“And we hit gold,” Mallucci says. “I made a mouse model and removed the normal prion from brain cells during disease. This cured the mouse, completely, and reversed the earlier stages of brain pathology. I knew then that if this was true for prion disease and for prion protein, it was going to be true for the other diseases.”

The next stage was to work out exactly what was happening to the brain cells during disease – and find a drug that reversed it. Working again with mice models with prion disease, Mallucci and her team set to work. They found that when abnormal proteins built up, the brain stopped producing essential proteins: starving already-damaged brain cells and causing them to die. “It’s like a broken thermostat,” she says. “The cells were overheating. We aimed to target that process with drugs, and to turn it down. That was original: all the other treatments were aimed at getting rid of the abnormal proteins themselves. We didn’t do that. We fixed the leak rather than dealing with the thunderstorm.”

Using an experimental drug known as GSK2606414, Mallucci and her team successfully cured their prion-infected mice – and hit the headlines for the first time when the study was published in 2013. “I was sure the media wouldn’t pay much attention to this drug and prion disease in mice and whatever,” she remembers. “But it was hailed as a breakthrough in the treatment of Alzheimer’s disease. And that was because the scientific media were au fait enough to know that all of these diseases – Alzheimer’s, Parkinson’s, other dementias – had this same process going wrong in brain cells. The broken thermostat was overheating. So the applicability of what we discovered was clear.”

But GSK2606414 had serious side-effects and wasn’t suitable for use in humans. Mallucci’s team then set out to find a drug that already existed – bypassing the expensive and lengthy process of drug discovery and testing – which had the same effect, without the harmful side-effects. It took just four years for Mallucci and her team to identify trazodone hydrochloride and DBM, using a screen devised by her then PhD student, Mark Halliday.

Clinical trials are now being planned, and hope is running high. “We don’t know if this is going to be effective,” says Mallucci. “We will know if it is beneficial in a year or two, once we’ve started the trial.” However, as she points out, clinical trials are far from straightforward. For starters, you only get one go, which means design is everything. Also, the mice they work with are all genetically identical; humans, of course, are not. Then there is the sheer scale of variability – give 100 people a drug and they will all respond to it differently.

“We are working our way towards the best possible design with some pilot studies first. We are perfectly prepared for [the drugs] not to work. But I suspect, in some people, they may well do,” she says.

Mallucci is also clear about what she is hoping to achieve. “The idea that you are going to put back all the brain cells and remove all the ‘plaque’ [accumulated misfolded proteins] is not feasible,” she says. “But that’s also not what we’re after.” Rather, her goal, she says, is to enable patients to manage their dementia, probably with a cocktail of drugs designed to slow the disease down.

“There has been a lot of talk about how it’s always too late to treat. Not at all. Most people come to clinic relatively early when there is still some capacity and quality of life is good: all you need to do is slow the disease’s progression.” In practice, that makes it a question of shifting the mean time taken from presentation to advanced disease. If this were to be increased by just a few years, many patients would die of something else before the disease truly takes hold, retaining their quality of life and staying at home with their partners. “That is an amazingly achievable and realistic goal for dementia treatment, which would have a huge social and economic impact.”

And as Associate Director of the UK Dementia Research Institute at the University, Mallucci is perfectly placed to achieve it. Funded by the MRC, Alzheimer’s Research UK and the Alzheimer’s Society, the Institute has six centres, including Cambridge. “We each have our own identities and specialisms: my vision was to build on the strengths in chemistry, biophysics and cell biology, and the strong technology that we have here, combined with our world leading expertise on cellular mechanisms in these disorders,” she says. “It’s a great, exciting moment. We’re bringing completely new approaches to see if we can find new mechanisms, and there is a lot of buy-in from everyone. We’re more than the sum of our parts.”

She is optimistic that in 20 years’ time, the dementia landscape will be utterly transformed. “My vision would be that the treatment of dementia would parallel what happened with HIV,” says Mallucci. “When I was training, if you had HIV, you died rapidly of an infection that shouldn’t have killed you, and it was a huge killer globally. Now, HIV is something that people live with, often without symptoms. There is a big public appetite for dealing with dementia, talking about it, curing it. It’s not hidden away any more. Everyone knows someone with Alzheimer’s disease and most people’s lives are touched by it. So let’s get on with the job.”

Find out more about Cambridge Neuroscience