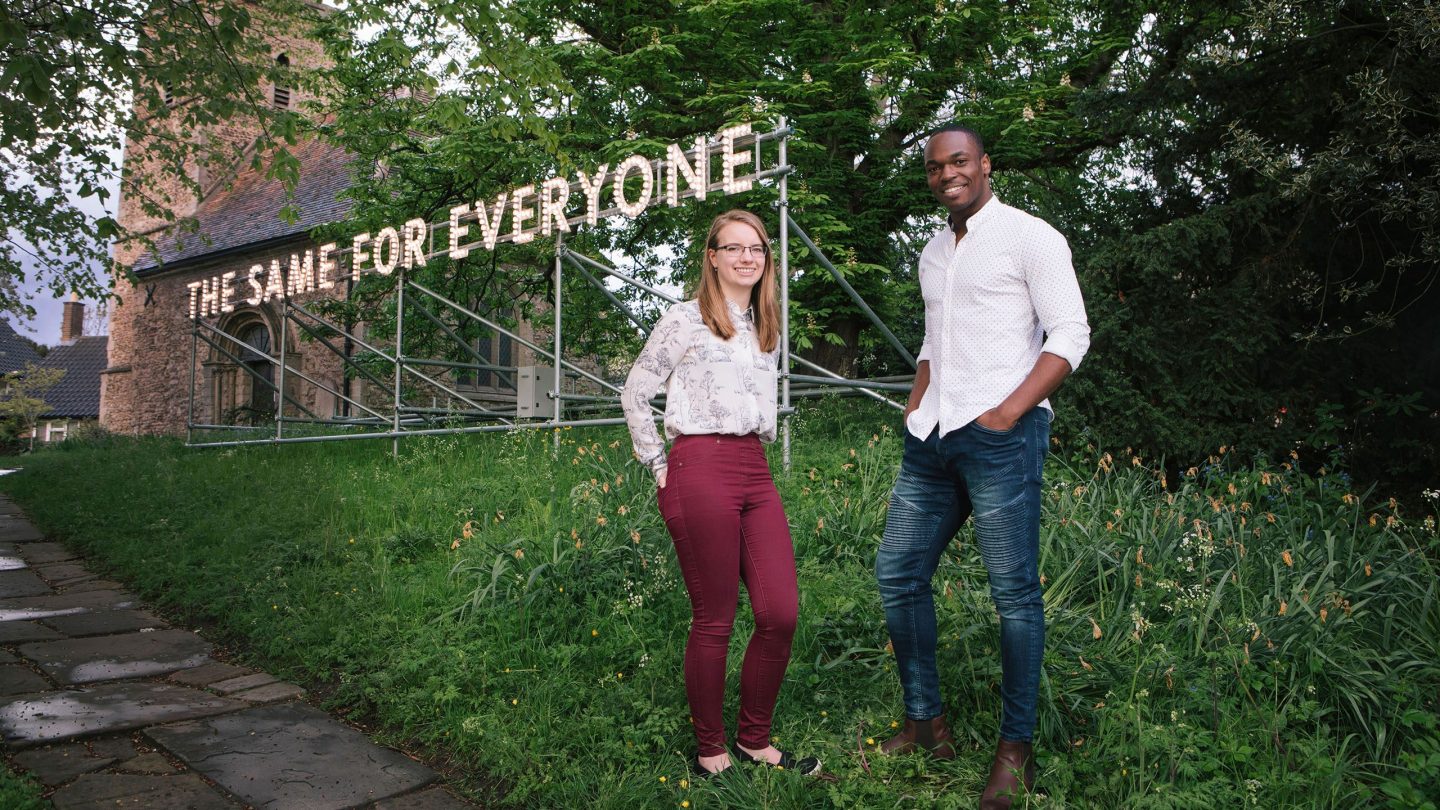 I was meant to start at another UK university. Then life happened

What is it really like to apply to Cambridge in 2018? Adeline Wee, Daniel Oluboyede and Esmee Wright talk form-filling, interviews and determination.

Applying to Cambridge is a unique experience – and there are many different paths to that final acceptance letter. For first-year Esmee Wright (Murray Edwards, MML French and Russian), the application process started off as a joke.

“Nobody had ever applied to Cambridge from my school,” she explains. “But then I got five As in my Highers. And Mum said I could apply anywhere I liked. So I started looking at Cambridge, and thought: why not me?”

It wasn’t easy. While her teachers at Newbattle High School, near Dalkeith in Scotland, were very supportive, they didn’t have any experience of the process. “We were all aware that we had never tried this before, and it could all go very wrong,” says Wright.

“Unlike other schools that do interview practise and get people in every year, I did mine with parents’ friends. I also had to do a piece of work specifically to submit to Cambridge, as the Scottish system’s timed essays weren’t long enough or marked in a specific way. I did a lot of checking the website about how I needed to prepare.”

Yet that dreaded interview ended up being hugely enjoyable, she remembers. “By the end of high school, I was the only one doing Advanced Higher French. Talking to someone about why you are interested in the subject and why it’s important was nice. Even though they’re judging you!

First-year archaeologist Adeline Wee (Newnham) also enjoyed talking about her subject at interview, which took place in her home country, Malaysia. She says: “I was really nervous, but lucky to be interviewed by Dr Sam Lucy, who is from Newnham and an archaeologist – I’d never had the chance to speak about archaeology to someone before.”

Wee has overcome considerable challenges to get to Cambridge. “At first, I applied for law [elsewhere],” she says. “Many of my peers are doing law or engineering: in Malaysia, these are considered ‘proper’ degrees.

“I was meant to start at another UK university in 2016. Then, life happened. My father died. I did better than expected in my A-levels. My sister is disabled and my mum needed help at home, so I took a year off – and applied to Cambridge. I say: don’t let people tell you that you can’t do it. My school restricted applicants, but because I had left, I was able to apply outside the school’s system. They couldn’t stop me.”

Determination and initiative are key to application success, agrees second year medic Daniel Oluboyede (Downing). His school had had little experience of Cambridge, so he contacted Target Oxbridge, a free programme that helps black African and Caribbean students and students of mixed race with black African and Caribbean heritage to increase their chances of winning a place.

“The year above me, two students of BAME background from my school, Ashcroft Technology Academy, got into Cambridge,” he says. “That made me think Cambridge may have been doing more to increase diversity.” Oluboyede was offered places at all the universities he applied to. So why did he pick Cambridge? “It’s always been seen as among the best, and I want to be the best,” Oluboyede says. “Although it’s a lot harder to be the best at Cambridge! I’ve always strived for self-development and I recognised that Cambridge probably offered the greatest challenge. For me, that equalled the greatest opportunity. After figuring that out, I had no choice!”

He says that nobody from an underrepresented background should be put off applying, and, to that end, he’s become African-Caribbean Society Access Officer. “Cambridge is about getting the best minds, from all over the world,” says Oluboyede. “People shouldn’t limit themselves and stop themselves from accessing this opportunity. They’d love it as much as anyone else, as long as they have the potential and the ability.”