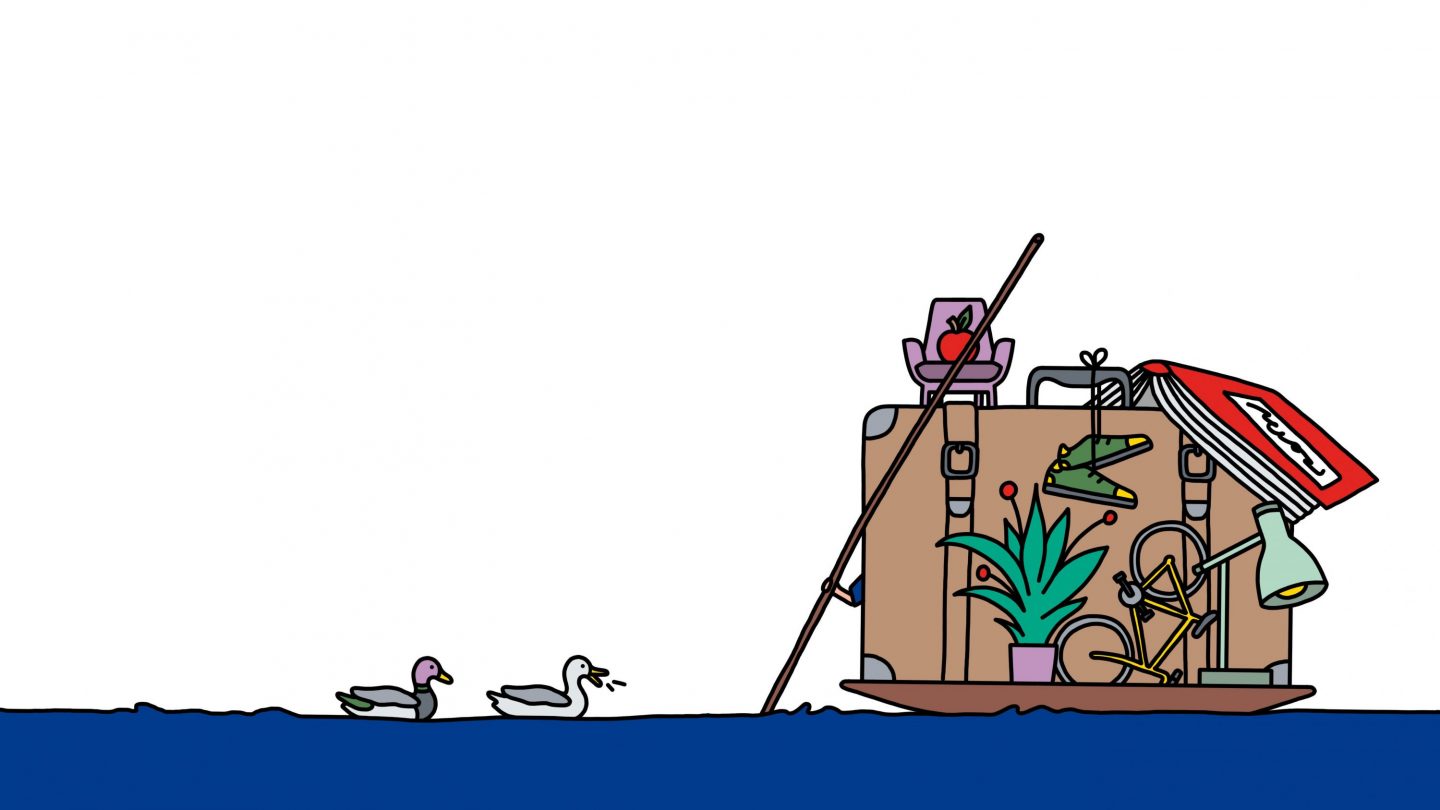 The first Student’s Guide to the University was written in 1863. Outrage, high jinks (and the sharing of the odd bit of useful information) has continued ever since.

“There is always a certain proportion of young men [who are] utterly unable to take care of themselves, and with whom incontinence of money amounts to positive disease.” So declares the 1863 Student’s Guide to the University of Cambridge. The guide was written by consummate insider John Robert Seeley (a historian who would, six years later, become Regius Professor). But his intent was clear: to provide an accessible and straightforward guide to those who wanted to know what it was really like to study at Cambridge.

Aimed at “all persons who may contemplate entering the University … and all, whether parents, guardians, tutors or schoolmasters, who may be interested in or responsible for such persons”, the volume advises that “Few men study between 2pm and the dinner hour”, and suggests that freshmen may prefer lodgings to living in College, as “the servant can be summoned at any time by pulling the bell-rope. In College rooms, there are no bells.”

But despite its somewhat authoritarian tone, with its information about courses, profiles of Colleges and practical advice for student life, Seeley’s Student’s Guide is recognisably the first of what, by the second half of the 20th century, would become a hotbed of student radicalism: the alternative student guide.

Inaugurated in 1947 by the publishers of Varsity newspaper, the Varsity Handbook was the definitive student guide to Cambridge until the early 1990s. A freshers’ pamphlet published by CUSU in 1977 grudgingly admitted as much: “Had you found your way into higher education elsewhere, you would have been presented with a free students’ union handbook whose aim would be to provide a comprehensive guide to campus life. Instead you will have to pay £1.20 for the Varsity Handbook – despite occasional lapses into a bijou radicalism, well worth the investment.”

Michael Sheridan (Jesus 1977) was among the editors of the 1979 guide. “It fulfilled two functions,” he says. “One was to give people a handbook to Cambridge that they could use to plan their lives, check entertainment, look for restaurants they could afford to eat in, find pubs that were friendly to students and so on. But the other was to prime them about the social, cultural and political life at the University and Colleges.”

Looking at how the Handbook discharged both functions over 45 years provides an insight into the changing customs and fashions of University life. In the earliest editions, the articles briefing freshers are most concerned with telling them how they should behave. Injunctions in the 1955 edition include: “Don’t get too friendly with your landlady … a ‘busy’ way of walking and talking engenders respect” and “Throw those corduroys away. This is not Nottingham University.”

The advice offered to female undergraduates is equally prescriptive, and not a little creepy. “Don’t be too enthusiastic and try not to giggle”, “The frigid Miss retains her dignity and her own company” and “If a man is fast, it’s up to you to control the speedometer” are among the tips of 1956. The 1959 edition is scarcely less patronising: “For heaven’s sake, be clean! Wash, wash, wash both self and clothes!”

The more information-heavy sections of the Handbook tackle all manner of undergraduate needs – from hiring a mobile discotheque (“Twelve guineas a night; go-go girls optional extra for £15”) to the vexed question of where to buy a toasting fork. There are some constants, such as an exhaustive list of clubs and societies, inevitably including such wacky bodies as the Guinness Appreciation Society (“We exist primarily to drink Guinness”) and the Syndicate of Paper Aeroplane Designers.

Every edition also contains a guide to eating out, which relied on restaurants treating the student reviewers to a complimentary meal. Keith Baird (St Catharine’s 1969), who co-edited the 1970 edition with Jeremy Paxman (St Catharine’s 1969), recalls this perk with fondness. “In the evening, we would meet up and eat our way round Cambridge,” he says. “We thought we were Egon Ronay. We did a lot of curry houses, but some of the restaurants were more upmarket. There was a pretentious eatery called Hotel de la Poste, and I remember Paxman described it as ‘execrable’. That certainly wasn’t the sort of language they were used to hearing about themselves.”

However, by the time Rob Beynon (Trinity 1973) took the helm in 1976, the Varsity Handbook had acquired an upstart competitor – the Braingrader Handbook – and a decision was taken to bring in some irreverence and fun. Beynon says: “There was lots of useful information, but it was done in a tongue-in-cheek way. All the headlines were from rock songs, including lots of Bob Dylan. I remember the article on College food used a quote from the Who’s Quadrophenia: ‘My fried egg makes me sick first thing in the morning’.”

Michael Sheridan recalls that the College profiles were the most contentious part of his Handbook. Robinson was described as an “eyesore … resembling a Holiday Inn”, while Fitzwilliam’s bar was “worthy of sociological investigation”. He says: “We wrote that New Hall was full of girls who changed their clothes three times a day and that you’d see more men than women at breakfast in Girton. I think they got a bit huffy about that.”

The following year, Sophy Fisher (New Hall 1978) – now Sheridan’s wife – became one of the Handbook editors. One of her more onerous tasks was ensuring the pub guide was kept up to date. The job was seconded to a two-man team who took the task very seriously, visiting all licensed premises in the city. “I did spend one evening helping them,” says Fisher, “and it was the only time in my life I’ve been thrown out of a pub. There was far more town-gown friction then, and we could tell the moment we walked in that we weren’t wanted. Before we’d even tasted the beer, we got ejected for putting shopping bags on the seat rather than the floor.

“But the Guide did serve a serious purpose. We were the best pub guide to Cambridge at that point, and the restaurant guide was extremely useful. Students had no experience of expensive restaurants. So when your parents came up once a term, wanting to take you out, where did you go? We had no competition from the internet and the book sold very well – not just to undergraduates, but to local residents, summer-school students and other visitors.”

For the final decade of the Handbook, the bus timetables, kebab-house reviews and College profiles came with an increasingly large helping of soul-searching about Cambridge and its place in the world. One edition opens with a feature titled “The Myth of Cambridge”, ending with the assertion that the University “is in decline – a decline which is probably irreversible and to be welcomed”. Another lead article simply asks: “Oxbridge – an endangered species?”

But alongside the Handbook, another student-led publication was beginning to make its opinions about student life heard. Originally launched as A Prospectus by Students in 1973, what became the Alternative Prospectus was aimed at students planning to apply to the University. Its mission? To “complement and sometimes combat other information about the University”. The first edition was dispatched to 1,600 schools that regularly sent applicants to Cambridge. But after initially facing criticism from radical student groups for supposedly toeing the University line (and including a foreword by the Vice-Chancellor), its Tripos and College reviews caused a storm among senior academics, with the Colleges’ Committee calling for its suppression.

In an affair well covered by national newspapers as well as the student press, the Vice-Chancellor threatened to write to all the targeted schools to tell them that the prospectus was “grossly misleading”. Co-editor Joanna Mack (Girton 1970) remembers being summoned to the Mistress of her College, who had already written to the Vice-Chancellor to tell him that “Girton owes you an apology for the behaviour of one of the editors”. “I was terrified,” Mack says. “I genuinely thought they might throw me out. But I think telling me off was more for show than anything else. It turned out that what she didn’t like was the fact we’d said Girton was a long bike ride away from the city centre, and that might put people off applying. That was the only detail I ever got!”

In 1989, it was CUSU rather than the Vice-Chancellor that insisted on a disclaimer being sent out with copies of the Alternative Prospectus. According to Varsity, the Executive Committee objected to “the negative impressions it gives of Cambridge University and its use of sexist language”. There were also complaints about an excess of in-jokes, and a cover that appeared to show a homeless man carrying a sandwich board with the caption ‘A degree does not guarantee a great job’.

At the cost of £2,000 from a contingency fund, it was decided to start afresh with a totally new prospectus the following year – a job that fell to CUSU Communications Officer Suzanne Gill (New Hall 1986). She says: “After the experience of the previous one, we had to err on the side of caution. Among the people I thanked in the acknowledgments was the legal department of the National Union of Students.”

Gill recalls a relationship with the official University prospectus that was complementary rather than confrontational. “We were there to present a consumers’ view – a student view – while they were trying to get the best applicants they could,” she says, “but we felt they should be doing more to improve diversity. I remember working with lots of people from different political parties who had the same enthusiasm for this.”

The last roar of radicalism

Just two years later, the pendulum had swung from ecumenical to radical. The Alternative Prospectus of 1992 includes material that would have seemed very strong to the average group of 17-year-olds in a sixth-form lounge. They were warned: “The mythical funhouse University that you’re probably aspiring to live up to is simply a way of living down the degrading, squalid little secrets that the policing apparatus – interviews, examinations and the paternalistic ‘tutorial’ control system – forces us to lock away in our brain cells.”

Co-editor Siwan Hayward (Girton 1988) says: “I think we were the last roar of radicalism. We saw it as a duty to challenge convention and provide an alternative to the mainstream, and we did it with huge amounts of energy and a great deal of fun. It was the time of the first Gulf war, Section 28 and the end of maintenance grants. The Prospectus was just one expression of what was a huge movement at the time.”

Above all, Hayward says, her aim was to “show schoolchildren from working-class backgrounds and ethnic minorities that there was a different Cambridge and you could have a fantastic time there. I’m very proud of a lot of what we did – particularly the ‘No means no’ campaign against date rape – and embarrassed by some of it. I do wonder, looking back now, whether our stridency meant that we silenced some valid voices of those a bit less radical than we were.”

Today, the issue facing both freshers and prospective applicants is not a shortage of information, but a glut of it. Alongside the resources published online and in print by the University and CUSU, it’s possible to read as many student opinions as there are blogs and social media accounts – and, potentially, to quiz their authors for more information.

Nevertheless, 1994 Alternative Prospectus editor Chris Measures (Fitzwilliam 1990) – who admits his edition was “slightly on the worthy side”, after the radical lurch of previous years – believes it’s still a valuable exercise. “There’s a call for things like the Prospectus because it brings together different strands and there’s real editorial work behind it,” he says. “Hopefully, it means most of the questions that people will want to ask will be addressed in one place. It still fulfils a very real need to break down stereotypes and encourage people to apply who weren’t thinking of doing so.”