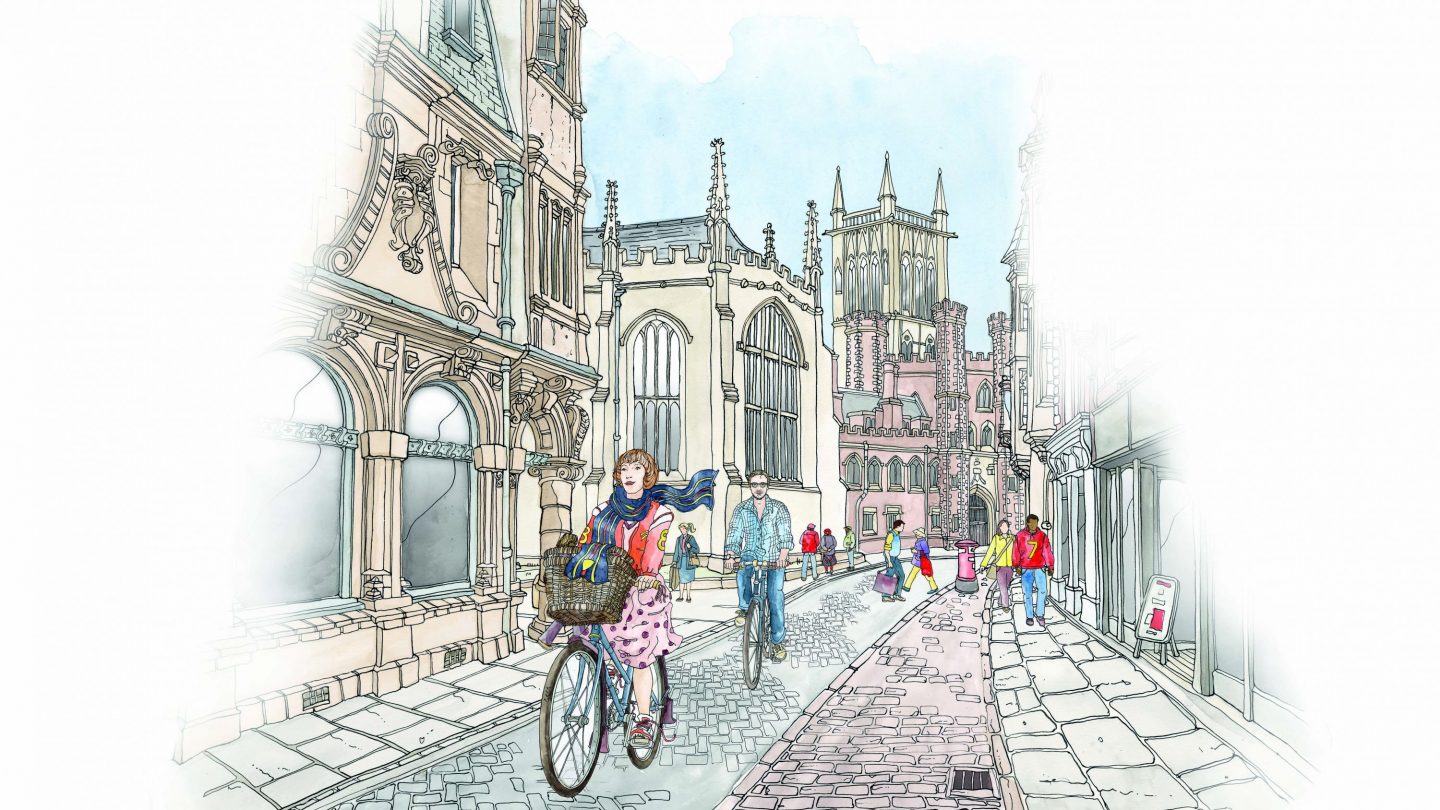 Against a background of changing GCSEs and big data, Dr Sam Lucy, Director of Admissions for the Cambridge Colleges, explains just exactly what it is like to apply to Cambridge today

Whether it was last year or last century, everyone remembers their Cambridge interview. The sweaty palms. The curveball question. That slightly giddy feeling you get when you realise that you might, after all, have done, maybe, okay.

But while today’s candidates may feel the same, the process for the intake of 2018 will be firmly twenty-first century. So, against a background of changing GCSEs and big data, Dr Sam Lucy, Director of Admissions for the Cambridge Colleges, explains just how it works.

The role of data and metrics

Data hasn’t replaced the interview, but it’s become an increasingly important part of the mix, as research uncovers the factors which correlate with success once an applicant is actually at Cambridge.

“For a number of years, we have asked applicants to fill in an extra online questionnaire to get more information, including questions around what the student is studying at A-level or equivalent, class size, teaching difficulties, and any kind of AS level performance, if relevant. Students may also be asked to send in written work, such as school essays. Within the old A-level system, what seemed to correlate well was performance in AS-levels,” says Dr Lucy.

“However, as most AS-level results no longer count towards A-level results, we have introduced a system of common format written assessments as part of the selection process. It’s all about collecting multiple indicators, so that selectors have a wealth of information to supplement performance in interview.”

The University has its own schools database, which holds information about the average GCSE and A-level performance. This enables admissions tutors to see where a candidate sits within their school context. “But we also look at other factors,” says Dr Lucy. “We would always flag if anyone has spent any time in the care system, if they have declared any extenuating circumstances (for which we have a special form), if they are at a low-performing GCSE school, or if their home postcode falls into certain geodemographic groupings or is an area of relatively low aspiration.

“It just ensures that, once again, you have a good sense of the circumstances in which that person has attained that particular educational profile.”

The admissions process, says Dr Lucy, used to be “slightly mysterious”. These days, the University is taking advantage of the internet and social media, using everything from student blogs to YouTube videos to give applicants a sense of what it’s really like.This means all the information is available to everyone, wherever they study, and strongly discourages the use of commercial companies who profit from selling admissions advice. “We are always reviewing the systems and trying to make sure that it is a transparent process,” says Dr Lucy. “We don’t want people to be deterred because they can’t find the right information. And we don’t want people paying for what is usually bad advice.”

Most candidates are asked to do a written assessment either before interview or at interview. It’s partly to replace the information that AS level results used to give – academically, all the University has to go on now is GCSE results and A-level predictions. But it’s also a way of comparing like for like at a time when more applications are coming from outside the UK than ever before. “In any one year you are probably dealing with more than a hundred different educational systems and trying to look at the predicted results,” says Dr Lucy. “Having everybody do the same assessment enables you to properly compare applicants.”

As all prospective students eventually realise, you don’t apply to ‘Cambridge’ but to a College – either a specific one or through an ‘open’ application where one is allocated to you. And as it’s impossible to predict which Colleges might end up with too many great History candidates and not enough physicists, a method is needed to redistribute them.

That’s where the Winter Pool comes in. “Each prospective student has a file – which is always blue – containing all your information,” says Dr Lucy. “If the College that interviewed you thinks you’re a good candidate, but doesn’t have any more spaces, it will put you into the Winter Pool, so Colleges who are still looking in that subject can identify students they want to make a bid for. The University wants the students with the most academic ability and potential. So you don’t necessarily prioritise someone who has applied to your College over someone who may be better, but who has applied to another College.

Above all, says Dr Lucy, the Admissions community wants to get the right information out there, and they’re always happy to answer any questions.

“We want to make it as meticulous a system as possible to identify those students who are going to come and thrive at Cambridge, and to recognise that those students can come from anywhere.”

Find out more about admissions at Cambridge.