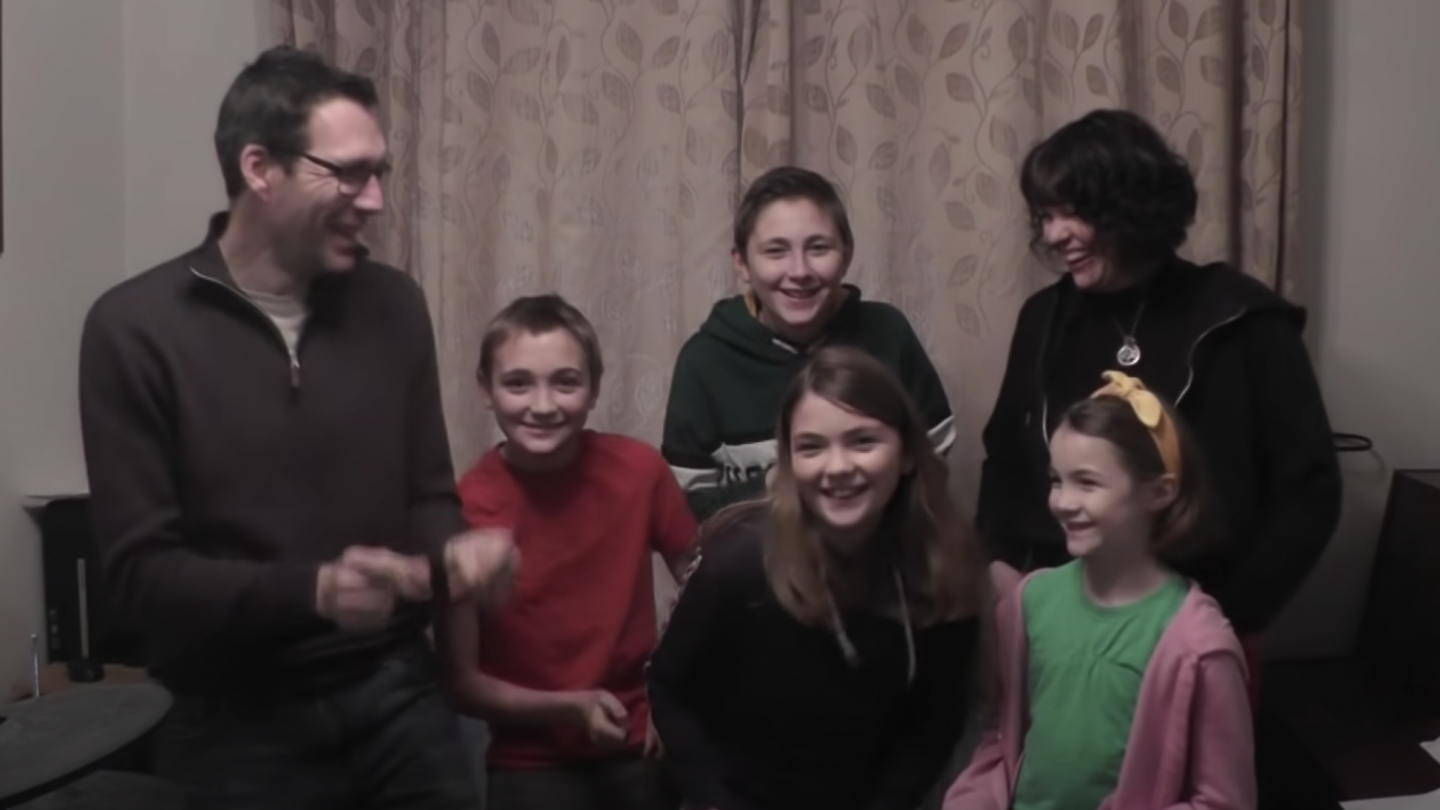 “We were a load of 18-year-olds trying to feel our way into social networks.”

Their stage is their living room (or sometimes their kitchen). Their costumes are ad hoc, usually comprising some combination of pyjamas and bathrobes. And for internet sensations Ben and Danielle Marsh (both History, Downing 1995) and their four children – or as the New York Times dubbed them, the Von Trappeds­ ­– lockdown won’t stop the music. CAM listened in on their Cambridge Soundtrack.

Danielle: We started at University together in the mid-90s, so our choices are all very much of that time. This one makes me think of our friend Jon – he had the largest room and he would just play this constantly.

Ben: We were a load of 18-year-olds trying to feel our way into social networks. It was the time of the big battle between Blur and Oasis, and everyone was hanging onto pop culture as something to talk about. Everyone knows this one; plus, it’s really easy to play on an acoustic guitar. Every now and then, we’d play at the pizza place next door and it would always be on the setlist.

Ben: This is one you can really belt out. I remember some grumpy people shouting at us because they were trying to finish essays and us saying: “But it’s Don’t Speak!”

Danielle: This was probably the first song we sang together. I shared a room with my friend Rosie, and I remember me and Ben singing it there. We were in a strange relationship for most of our time at university; I knew that I wanted to spend my dotage with Ben, but it took him a while to realise it. So, we were friends, but not in a relationship until a while after we both left.

Danielle: We were in a pantomime which may well have been called Peter Pants. I can’t remember what my part was – something to do with Captain Hook? – but I just had to come on stage and shout something. And then Ben and I had to sing Don’t Go Breaking My Heart.

Ben: I was Tinkerbelvis Presley – in a jumpsuit with wings! But you know how you end up in different little communities? There was the history community, for example, and the sport one. The drama one was such a nice way of breaking that down a bit. You ended up with a bunch of random people from different colleges which was non-competitive in comparison with the more scholarly, intellectual societies. While it was stressful auditioning, it always felt more laidback. The first parodies I wrote were for these little reviews. You could stand up and say anything and people would laugh – probably because they were all absolutely off their faces.

Ben: We were lucky enough to be at Downing with an incredible group of historians – people like Jonathan Scott, Peter Gray, Paul Millett and Richard Smith. They were part of a wonderful community and we’d often go to the pub together or get invited for cocktails at the end of terms. Dr Smith had a great love for Cole Porter and would often regale us with songs. He actually came along to a production of Anything Goes, which I did after Danielle left. And that was an overlapping of different worlds, as well, because the entire Downing football team turned up and sat in the front row. Every time I hear Anything Goes, I’m straight back to that fear of seeing them all.

Danielle: I think that story came up at our wedding…

Ben: If you were out partying and this hit the decks, it just gave everyone in the place a massive lift. I remember it being on at the end of exams and this real sense of liberation.

Danielle: When it came on in the bar, everyone would raise a hand – and normally a glass – and join in. We had some lovely moments of unity. You’d go in the bar and see the boaties or the football team, and you’d feel like you were moving between very distinct groups. But every now and then a song would come on and it felt like you were all in the same place and the same moment.

Watch the Marsh family perform parodies of popular songs including ‘Under Pressure’, ‘Test Monkey’ (adapted from ‘Dance Monkey’) and ‘One Day More’.