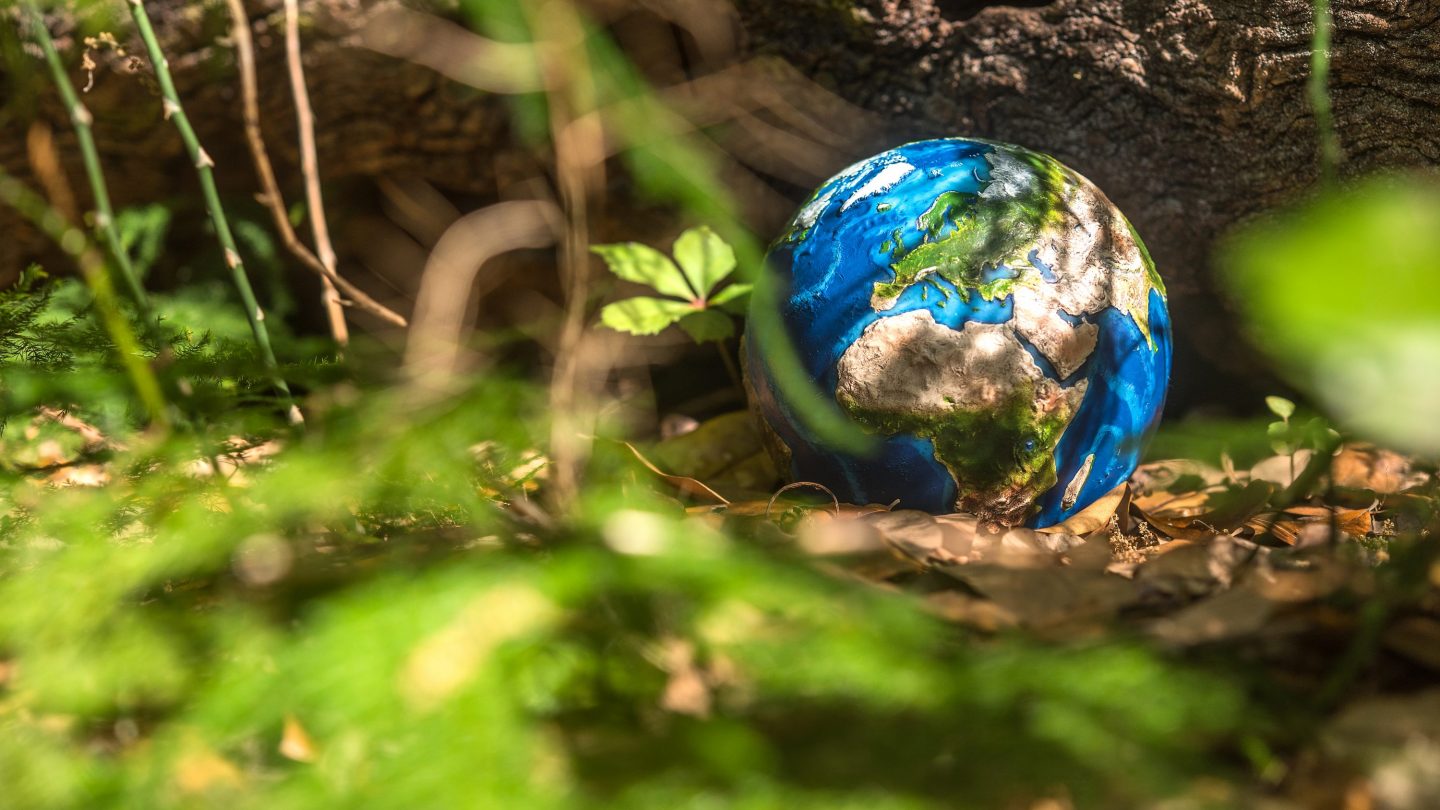 Rapid transition to a net zero world. When? Now. How? Like this.

In a post-COP26 world, the opportunity to make real and lasting change has never been greater. But we all need to act, and act now.

As if it weren’t clear enough, 2021 has given us plenty of reasons to act. Dramatic flooding in the UK, Germany, Uganda and Bangladesh, wildfires in Greece and Australia, extreme heat in the northwest United States and Canada – the list of extreme weather events just grows and grows. We know we need to transition to a net zero world. But is it possible to make a rapid transition? Right now?

Climate scientist Dr Emily Shuckburgh is in no doubt. If we all work together – not just governments, but individuals, businesses, charities, everyone – we can make deep, meaningful change, now.  “This decade – the 2020s – is the one in which we must act,” she says. “The goals of the landmark Paris Agreement of 2015 are firmly in focus: emissions halved by 2030; net zero achieved by 2050; the temperature rise kept to well below 2 degrees, with an ambition to keep it below 1.5 degrees. But that’s just the start. We all need to play our part in turning those ambitions into action – and do it in a just and fair way.”

She should know. As Director of Cambridge Zero, Shuckburgh heads up the University’s ambitious climate initiative – giving her unique insight into how Cambridge researchers, across all fields, are carefully putting in place the pieces of the zero-carbon puzzle to make rapid transition possible.

Take Professor Sir Richard Friend at the Department of Physics, who says that large-scale transition to renewable energy is now financially viable. “We know it’s going to work. As recently as a decade ago, many of us were feeling quite disconsolate that we had a serious problem and no affordable solution, but now the renewable future is within our grasp. Solar costs have fallen by a factor of 10 in the last decade, and in many parts of the world, solar is now the cheapest form of electricity generation. If the right investments are made, to bring both generation and storage to scale, switching to renewable-only energy generation is a fully viable option. This was not expected.”

In fact, sustainable renewable energy has three pillars: industrial scale, which has brought down manufacturing costs; finance; and science and tech. “You have to look at the whole ecosystem. But the Chinese have demonstrated that prices can fall, with scale. The financial markets now understand that renewable energy investments are quite safe, and consequently pension funds rather than risk capital are going into renewables.”

The current technology works and is cheap, but excitingly, still has scope for vast improvements, particularly, Friend believes, solar cells, which currently don’t use two-thirds of the energy in the solar spectrum. “We need new materials, designs and strategies, and I am very confident that in 10 years we will have that extra efficiency. The markets are very good at delivering things if there is a customer.

“It’s very hard to disentangle the three pillars. You can’t just say ‘do this’ and everything else will follow. But every month spent not scaling up wind and solar is wasted, because cheap renewable energy allows solutions to many other hard-to-solve problems to become more affordable, such as aviation or manufacturing cement.”

A bold mix of policies

Indeed, over in Land Economy, Professor of Climate Change Policy, Laura Diaz Anadon, is examining the role of the electricity sector in helping to decarbonise other parts of the economy. Policy focused, her group is examining how everything from R&D investments to regulation and fiscal incentives can deliver not just emission reductions but also wider social goals such as just energy transition and local economic development.

“It’s not as simple as putting in subsidies or auctions for wind farms, for example. We’re going to need a bold mix of policies to lock out the fossil fuel-based economy and move us quickly towards a new energy system. This requires redirecting financing flows, consumer behaviour, and infrastructure investments, among other things,” she says. “Context matters. How big your country is, the institutional structure, what other industries you have, and, crucially, how credible and comprehensive the policy mix is, all have an impact.”

So where would she start? Perhaps surprisingly, with ensuring popular support. “Policies have to be politically viable. It is more likely that there will be more politicians willing to support strong policies, and that the effort will be sustained, if they think they will not be punished later in terms of votes,” she points out.

But if that all sounds like something that government can get on with without the support of individuals, think again, says Diaz Anadon. “Government policy is an essential ingredient, but the research shows we will all need to step up. Organised movements, communities and unlikely alliances are crucial because they create action faster,” she says.

“Take, for example, the environmental movements of the late 1980s and mid-1990s in Germany. They stimulated the creation of local renewable energy co-operatives and associations that helped lay the groundwork for the influential national feed-in-tariffs in the early 2000s. Or, more recently, how effective fossil fuel divestment movements around the world have been at getting commitments from thousands of institutions to divest. This is having an impact in the discourse around finance.”

Environmental economist Dr Matthew Agarwala, project leader of the Wealth Economy project at the Bennett Institute for Public Policy, has been examining the practical trade-offs of transition – and what the solutions might look like. “A ban on internal combustion engine sales will support a rapid transition in personal transport, for example, but it needs to run alongside investment in a standard charging infrastructure. Phasing out gas boilers has to be accompanied with financial mechanisms which put green alternatives within reach of everyone, not just the rich. And even with green tariffs, incentives, rebates and grants, heat pumps are still out of reach for most people.”

But while we need to make short-term trade-offs, we would all benefit from a better understanding of the difference between costs and investments, he says. Climate change has costs with no benefits – lost lives and destroyed businesses. But rapid transition is about investing in action that will have huge, often incalculable, benefits. Borrowing money to invest in wind farms or decarbonise buildings with retrofitted solar panels is a cost which will benefit humanity every single year going into the future.

Indeed, those who quibble about the costs of a rapid transition don’t see the benefits, Agarwala points out. “They ignore the beneficial returns – and the severe costs of what we will face if we do not make this investment. This is hamstringing action. There are some who just do not comprehend the magnitude of the downside cost of climate change. And there are some who simply do not comprehend the scale of the opportunity from a green revolution. The returns are actually getting higher and higher because the urgency is becoming greater and greater.”

That urgency is felt in Cambridgeshire and Peterborough, where much farming is conducted on peatland – a significant source for greenhouse gas emissions when they are eroded, but conversely an effective way of storing carbon when they are well-managed. “The action of taking greenhouse gases out of the atmosphere will be needed as part of the net zero goal – after all that’s what the net bit means to counterbalance the remaining emissions,” Dr Shaun Fitzgerald, Director of Research in the Centre for Climate Repair at Cambridge, points out. “We are going to see these scale up beyond just net zero so that we can start to actually reduce greenhouse levels.”

With input from Cambridge Zero, the Cambridgeshire and Peterborough Independent Commission on Climate have created recommendations for an action plan that has brought together farmers and other sectors such as business, transport and housing.

Reasons to be cheerful

Across every sector, rapid transition requires partnership, which is one of the reasons Shuckburgh says that when she is asked if there are reasons to be cheerful, “the answer is a wholehearted yes. I have found a huge amount of energy and enthusiasm.  Wherever I go, and whoever I talk to, there’s always a real and building sense of people wanting to get involved and help.”

So, whether you’re influencing policies to drive forward greenhouse gas removal, investing in renewable technology, riding your bike to work or making a difference in your workplace, you’re already part of the solution to the biggest problem humanity has ever faced. And this is just the beginning.

“Yes, the challenge is huge,” says Shuckburgh. “But so is the opportunity to invest in green jobs, fairly distributed across the globe; to support with education, skills and training; to build a more sustainable, resilient infrastructure. We can all use the influence we have in both our personal and professional lives to spark this change. Failure is not an option. Change is possible.”