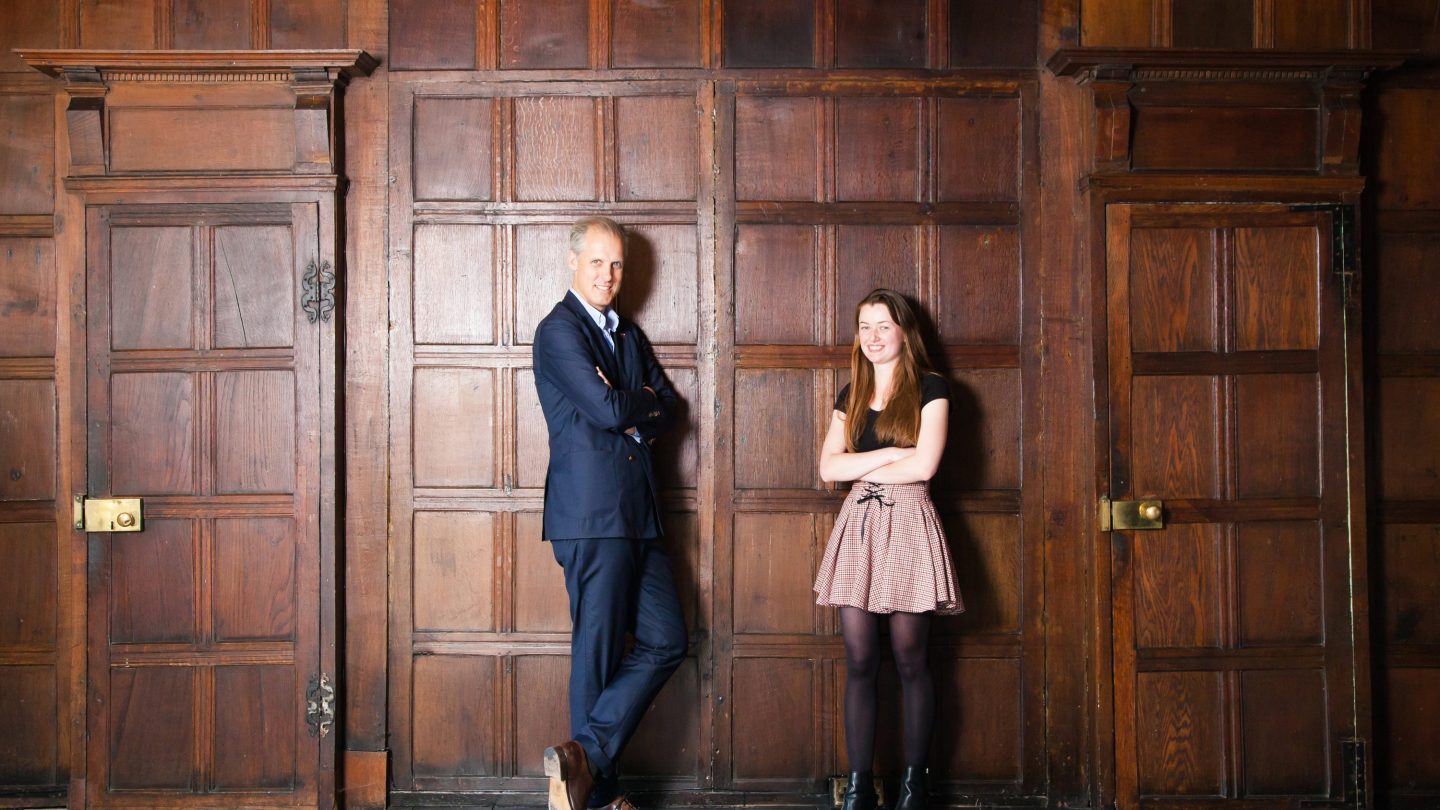 The chief selector for the England cricket team and fourth-year natural scientist Lauren Baldwin discuss sport, life – and the surprising uses to which cabinets may be put at C2 Old Court, Peterhouse.

Room C2 is steeped in history. Its sitting room walls are covered in 18th-century panelling; the graffiti scratched into the stone windows is even older. It is a place for scholarship. For reflection. And, as Ed Smith recalls, for rugby practice.

“I shared C2 with Rob Ashforth, who was the Blues fly-half,” he remembers. “And the rugby ball was just … around. We’d throw it to each other all day, despite the panelling. I’m fairly sure a few things got broken …”

Today’s occupant, fourth-year natural scientist Lauren Baldwin, is without a rugby ball but has made some innovations of her own. The cupboard where Smith and Ashforth kept their toaster is now a drinks cabinet, containing (as Smith notes) rather good whisky. “It was terrific fun when I moved in, wandering around and opening up all the little doors,” Baldwin says. “I’d always wanted this room so I was thrilled to get it.”

For Smith, the room provided welcome refuge from an often packed schedule. After a morning at the history library, Smith’s afternoons were spent reading – or, for his Wagner paper, listening to music. “I worked out that this was a good way to pretend I was working. So I’d listen to the end of the Ring Cycle. And Rob would say: ‘Put on that one that sounds like Star Wars again.’ So on the one hand we had this high-culture thing. And then he’d fling the rugby ball …”

But while rugby may have played an important role in the life of C2, Smith is first and foremost a cricketer (indeed, he scored a hundred on his first class debut for the Light Blues against Glamorgan in 1996).

“Cricket was a focus of course,” he says. “But the structure of life at Peterhouse – great friends, an intellectual life, a sporting life – suited me. When I went on to play professionally, it unbalanced me. It wasn’t until my mid-20s, when I started writing books, that I started to get that balance back.”

Being at a small college helped, he says. “Peterhouse was always a jumble: we didn’t have silos of particular types of people. There was a lovely mix in our group, which suited me really well.” Baldwin agrees. “When you’re doing a large subject, it’s great to have a smaller place to go back to, where there are people you recognise and say hello to, even if you don’t know who they are.”

Sport is important to her too, she says. “I’m a cox. It gets you out of your room, and you’re part of a community. Though I admit that I only went along to start with because they were having a barbecue.” (The finding of free food, they conclude, is an essential life skill.)

Baldwin is undecided about her future: “I’m keeping an open mind. Sometimes, if you don’t have something definite, it’s good to just wait and see what comes up.” Smith agrees. “Don’t plan, adapt,” he says. “That’s not my advice to you, because you’re going to be amazing. But you can plan too much. You never know exactly what you’ll love.”

Ed Smith is chief selector for the England cricket team. He is an author, journalist and ex-professional cricketer. He is co-founder of the Institute of Sports Humanities.

Lauren Baldwin always brings her LPs up with her. However, as plug points are at a premium in C2, she is currently researching the best place to site her turntable.