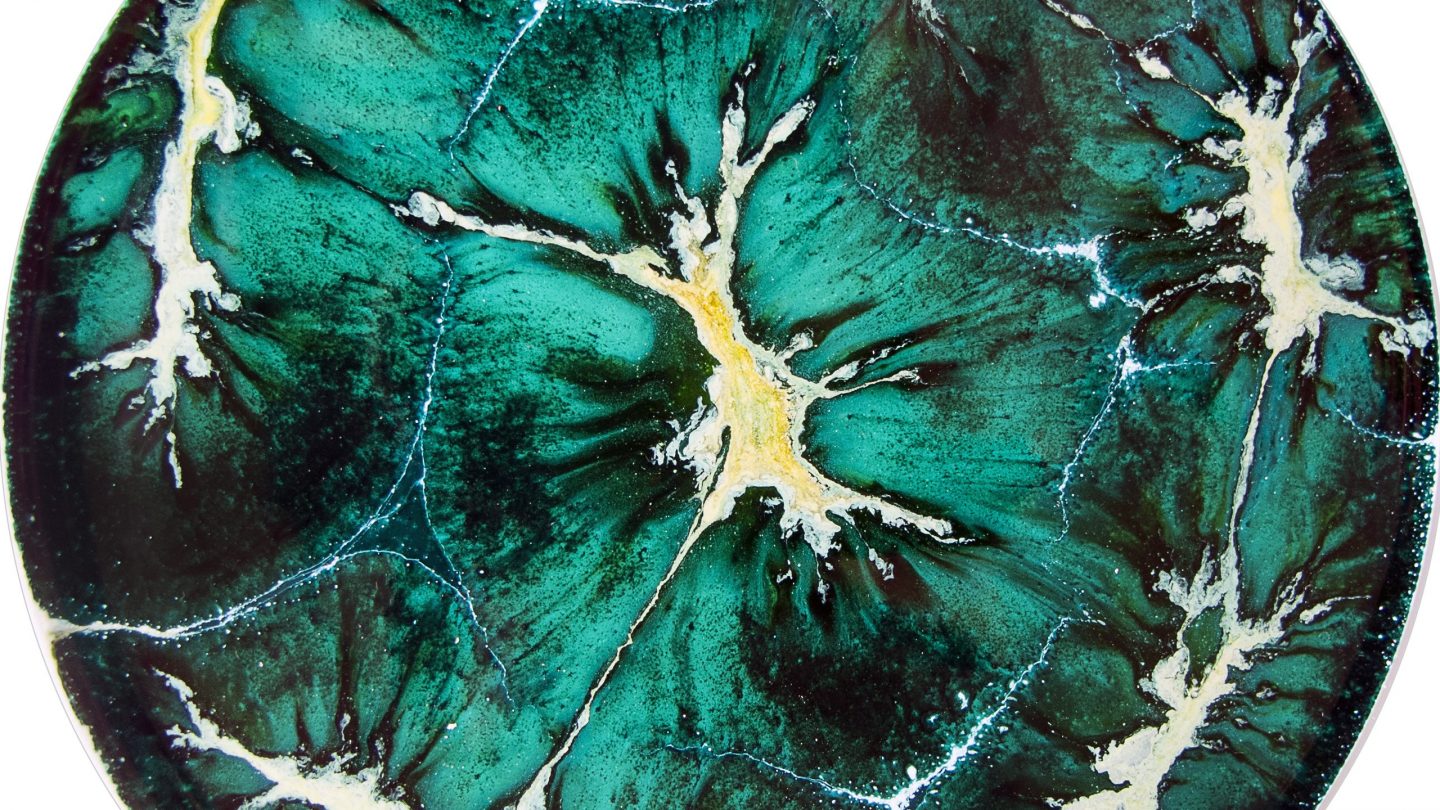 The first Petri dish was put into service in 1887. Today, this most humble of scientific instruments remains at the cutting edge of discovery.

Molecular biologist Dr Madeline Lancaster was around 12 years old when she encountered her first Petri dish – one of her biochemist father’s postdocs happened to be growing some neurons. Her father took the dish, put it under the microscope and invited her to have a look. “I was just struck by the beauty and complexity of a neuron,” she remembers. “There is something wonderful about seeing something like that with your own eyes, and the way the light catches it. You can really see the dendritic tree, with all its tiny branches. The intricacy of it is beautiful. That was a real starting point for me.”

Petri dishes, invented by German microbiologist Julius Richard Petri while working for Robert Koch, rarely receive the accolades or the attention that their more complex lab companions like the microscope enjoy. And that’s understandable: they are simple, utilitarian little things, just shallow-lidded dishes, present in every child’s My First Chemistry Set. The real fascination of a Petri dish has always been what’s grown in it – and, indeed, it’s become a handy metaphor for a place where things grow. (A quick, non-scientific search brings up ‘Is Facebook the Petri Dish of Jealousy in Your Love Life?’ and ‘European Elections: A Petri Dish of Populist Dissent.’) When we think about the Petri dish’s most famous moment – Alexander Fleming’s discovery of penicillin – we marvel at the empty ring around the blob of mould, not the dish in which it sits. But Petri dishes deserve celebrating: they are still at the forefront of scientific discovery.

The invention of the Petri dish, and the advances it has helped to create, are part of a bigger whole, of course: the development of glass scientific instruments, from microscope lenses to laboratory beakers. “Glass shifts authority from the word, from the ear, the mind and writing, to external visual evidence,” says Alan Macfarlane, Emeritus Professor of Anthropological Science. In his book, The Glass Bathyscaphe: How Glass Changed the World (co-written with engineer, inventor and scientific instrument collector Gerry Martin), he argues that without glass, the Renaissance and the scientific revolution would never have happened. “Thus it could be argued that glass helped change the balance of power from the mind to the eye,” he says. “It makes glass a magical substance: a third kind of matter, neither fluid nor solid, in between.”

Around 70 per cent of what we know about the world comes in through our eyes, Macfarlane points out, and glass instruments enabled us to see better. “But until about 1400, most cultures were living intellectually on the past and what people had been told,” he says.“You didn’t look at the world, you listened. A child understood the world not by exploring it physically with sight, but by teachers telling them that the sun goes round the Earth or whatever. And the child just accepted it. Glass allowed the growth of the experimental method. Don’t trust what you are being told: see it for yourself. It was transformational.”

At the Wellcome-MRC Cambridge Stem Cell Institute, Professor Ludovic Vallier says that his first encounter with a Petri dish was a textbook example of understanding the world in this way: students used the dishes to see which bacteria could grow in the presence of antibiotics. “It’s good to see things grow,” he says. “It was a fascinating experience. Now, we grow cells in the Petri dish, and we don’t use glass any more, but plastic.”

Today, his team focuses on human pluripotent stem cells which can be coaxed into becoming any cell type in the human body: neurons, skin cells, liver cells, and so on. Vallier and his colleagues study them in order to understand how they do this, and how they can produce more cells. And to study them, they need to grow them. “We put the stem cells on the dish and then we feed them and they grow, and they proliferate,” he says.

“And then, when they have become confident, we divide them and distribute them in new Petri dishes, and we grow them again. We feed them on a liquid medium that is basically food for cells: it tells them to grow and also what to do, as we want to produce new cells. So by feeding them this media we can allow the cells to become neurons, cardiac cells, liver cells, and so on. We can then model disease in a dish, or produce cells for regenerative medicine applications.”

Which means that the Petri dish becomes a place where Vallier and his team, jointly based at the MRC Cambridge Stem Cell Institute and the Wellcome Sanger Institute, can study – with everything from powerful microscopes to the naked eye – exactly what happens to those cells when disease strikes. “We work a lot on fatty liver diseases and in this case the liver cell in the dish becomes full of fat, which we can see. We can’t cut a piece of liver off a patient: we can’t look inside that liver to see what’s happening. So we are reproducing those diseases in our dishes, and screening new molecules to use against them.”

‘Disease in a dish’ is also the focus of Dr Meritxell Huch’s team at the Gurdon Institute. They use between 50 and 150 Petri dishes every day to grow primary mouse liver and human liver cells, in order to study how the liver can regenerate itself. After a week or so in the dish, surrounded by nutrients, they will self-organise and create a 3D structure called an organoid. Another one to two weeks will see the organoid become thick enough to break in two, creating another organoid that can be kept for more than a year in its dish.

Huch’s team is examining the molecular mechanisms by which these cells decide to proliferate. She says: “You can divide regeneration into different phases. The cells first have to realise that there is damage and activate the response. Once they activate the response, the cells will proliferate to compensate for the loss of cells owing to the damage. And once they have proliferated, they then have to become functional cells.”

Their research recently showed that they could take cells from a patient’s primary liver cancer and grow that same tumour in a Petri dish, reproducing its histology, architecture and genetic mutations. “This work has the potential to give us an answer to whether there will be a good or bad outcome for a given patient,” says Huch. “Our next step is to explore whether this could help us predict, or help to identify, drugs that could help a patient.”

Of course, the Petri dish itself has changed throughout the years. The majority are now plastic, not glass. They have been tweaked and improved to suit particular needs: Huch’s Petri dishes have a matrix made from the proteins collagen and laminin. Her cells don’t sit directly on the surface of the dish but are surrounded by this matrix, which supports stem-cell growth.

At her eponymous lab, based at the MRC Laboratory of Molecular Biology, Madeline Lancaster and her team grow ‘mini-brains’ in hundreds of Petri dishes. Here, the dish is used more as a vessel, specially treated to stop cells sticking and encourage them to float freely.

“We want the brain organoids to be three-dimensional rather than two-dimensional, as that’s the way our brains are,” she says. “If you can grow neurons on a dish in 2D, you can see individual neurons and see what they do, but you won’t be able to understand the architecture of those cells – their positioning relative to one another. You don’t end up with a good representation of how neurons are actually made in the brain. Neural stem cells, which are the stem cells that give rise to neurons, have a special orientation and they always make neurons in one direction. So if you put a bunch of those stem cells on a dish with no structural information, then they make neurons in random ways. Our method gives you a structure that looks a lot more like the structure of an actual developing brain.”

The aim of these organoids is to look at exactly how neurons are made and how that differs in humans compared with other species. One day, says Lancaster, this work could translate into understanding far more about Alzheimer’s disease, Parkinson’s and schizophrenia. So in a world of cutting-edge and highly complex technology, Petri dishes, in their relative simplicity, remain a vital tool in the fight against the world’s most difficult diseases. And, says Lancaster, they also enable a hands-on approach that she finds satisfying.

“It’s a bit like gardening,” she says. “You’re taking care of this thing. You keep an eye on it and you check it every day. You change the media this day or that day to help it grow better. It’s rewarding to see something grow before your eyes. There’s something about the interplay between new, next-generation and classic technologies. They give you capabilities that were just not possible before.”

Artist Klari Reis uses the tools and techniques of science in her creative process, collaborating with biomedical companies to create her unique work. The images on these pages are from her series A Daily Dish – a painting created in a Petri dish.