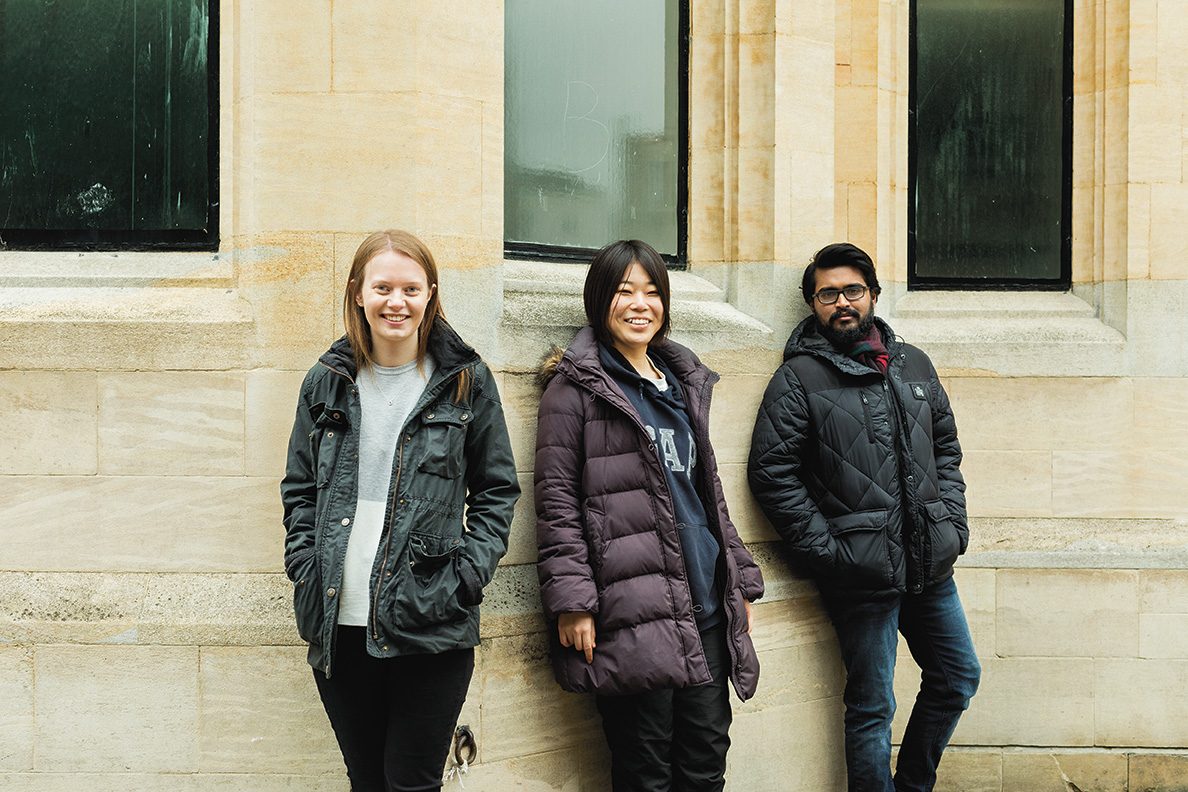 The Cambridge bubble is a comfortable place. Stepping outside can be hugely rewarding, explain the volunteers of Cambridge Student Community Action

Since it began in the early 1950s, Cambridge Student Community Action has had two main aims: to beneﬁt vulnerable members of the local Cambridge community and to encourage students to try new things or develop existing skills. A student steering committee works alongside the more senior executive committee, meaning that student volunteers have a real voice in how the organisation is run.

And there are numerous projects to choose from: everything from entertaining older people with a traditional singalong to buddying up with a teen who has mental health problems.

Volunteering has enabled third-year medic Kieran Kejiou (Churchill) to discover skills he never thought he had. He became a Big Sib – a volunteer befriender for vulnerable children. Every week, he hangs out with his ‘siblings’, two children aged 11 and eight who recently lost their mother.

“I’m just being there with the kids, chatting, playing games and refereeing their wrestling matches,” he says. “They seem to enjoy it! It’s fun and it’s taught me that, actually, I don’t hate kids, which is a nice revelation to have. They’re great. I had ruled out paediatrics as a possible future career, because I thought I hated kids. Now I’m very confused! So the experience has really opened doors for me.” Other students have found that volunteering with SCA has helped to reinforce and clarify ideas they’ve had about their future career.

Finalist Megan Cheyney (St Catharine’s, Psychological and Behavioural Sciences) is a project leader at Bounce, a Saturday afternoon club for vulnerable and disadvantaged children. Each session, they decide on a theme to explore through crafts, games and activities – anything from Chinese New Year to Under the Sea.

“Show and Tell is my favourite part,” Cheyney says. “All the children are allowed to bring in something from home, or anything they’ve made during the sessions. They talk about it and show it around. You can really see them grow in conﬁdence and open up to the group.”

Cheyney, who has received an oﬀer for a place on the Civil Service Fast Stream after graduation, says that Bounce has helped her develop some skills vital to a successful career, such as organisation, planning and ﬂexibility. “Sometimes we get kids we’ve never met before, and they will have a speciﬁc need that you need to meet on the spot,” she says. “You have to know how to adapt activities to ﬁt in with that need.”

Fourth-year medic Shoko Hirosue (Lucy Cavendish) has always been interested in teaching. As a volunteer for SCA’s Homework Help project, she was matched with a student who needed assistance with GCSE maths. “I really enjoy contributing to the community,” she says. “And teaching is important in your medical career, as well: junior doctors need teaching. We’re also encouraged to do volunteer work before we start our careers. When I become more senior, I want to be a good teacher. So this skill is very applicable to my future career.”

Hirosue says SCA’s ﬂexibility has made a huge diﬀerence. Currently doing hospital placements during the week, she sees her student at the weekend. “The family understand that sometimes I can’t make it on one weekend, and, if that happens, I can ﬁt a session into the next,” she says. “I’ve found SCA very supportive – if you have any problems, they’re always willing to listen.”

Calling volunteer work “rewarding”, is, admits Cheyney, “a massive cliché! But it’s true. It’s unbelievably worthwhile. I’ve worked with some of the children at Bounce for three years now, and seeing their conﬁdence improve has been wonderful. It’s a great feeling to do something for someone other than yourself.”

SCA are always looking for new volunteers. Find out more.